Think about the ocean, the blues and greens, the smell of the salt air, all the creatures great and small. For many, our oceans are only thought about during shows on TV. For others, like my friend Q, we find comfort in, on, and under the water’s surface, and being on the water, is where we push our minds and our bodies.

So, imagine you grew up in Hawaii with the ocean all around, which became a major part of your life: you are an avid Hawaiian outrigger canoe paddler, made journeys and raced from island to island, as well as throughout the Pacific NW, and have challenged yourself to learn how to stand-up paddle (SUP) and even paddle a surf ski. You have just turned 50 and feel as good as ever. Relaxing paddles of 20 miles or more (yes, we think that is relaxing) are common as you are out in nature and enjoy the time pushing yourself. You are out on a long paddle and find yourself a little tired from paddling into a stiff wind but don’t think much about it.

A couple weeks later, you decide to go on another longer paddle to get a good workout. Typically, you never take breaks on these long paddles, but this day, your body tells you ‘that you will need to take a couple breaks!’ When you are back to shore, you are so fatigued, you barely find the strength to load up and get home - just to realize that you have been sleeping at the table with your dinner getting cold in front of you. You are thankful you did not wake up with your face resting in the mound of spaghetti.

You keep going to work even though you're tired. You find that just taking the stairs wears you out and complain about this feeling but chalk it up to allergies. You have a lot going on and don’t slow down, the world is not going to stop and let you take a nap. After a bit of cajoling, your coworker convinces you to go to the doctor and get check out (thank you Cheryl!!!!).

Test after test, doctors and nurses coming and going….and they send you to the ER. You first hear the word cancer….27 May 2017…. The day that would forever stand out in your mind…. I have known Q for many years and am fortunate to call him a friend. So, when I receive a call from Tran to let me know he is at the ER, I go immediately. I arrive to find him in an ER bed just as the doctor comes in to break the news - Leukemia and that Q will need to be admitted to the hospital immediately.

Over the next two days, there were too many blood tests and bone marrow biopsies to recall, even starting his chemotherapy. At this time, he also was transferred to the UW Medical Center and was brought under the care of the incredible team alongside the Seattle Cancer Care Alliance ohana. This was the first of several stays at the hospital and we all learned a little more about Leukemia and Lymphoma. However, Q was told that the only “cure” would be to receive a bone marrow transplant.

Before going any further, just remember that Q has an extreme aversion to needles. So, imagine how many times the “really big and huge needle” that was going to be shoved into his body came up. And many that know Q know how stubborn he can be, it was not surprising that there were a few delays due to his stubborn AML. Little did he know that over the rest of 2017, he would be subject to many additional hospital visits due to relapses and then finding out that the AML had spread into his spinal fluid - all requiring more and more needles and tests. While needles are still not his “friend,” he always managed to hold his head up and get through each procedure with lots of dignity and strength. Most of his ability to get through all this (including all those needles) came from the strength and love from his partner, Tran, whom I believe was one of the major reasons why he is here today.

Fortunately, after finding a match, on January 17, 2018, Q had a bone marrow stem cell transplant. This transplant was successful, and he is now in remission! You did catch the point about Q being stubborn??? Well, in March 2018, just after his 1-year post transplant checkup, his body decided to have an Autoimmune Hemolytic Anemia issue. Q’s hematocrit level had dropped to 8%, which is extremely low (the proportion of red blood cells in your blood, which transfer oxygen to your body), and he was basically unresponsive. Luckily, his 9-year-old daughter, Kealani, knew to call 9-1-1 and the first responders were there quickly to help! During this last hospital stay, his body kept battling itself by killing off his own red blood cells and he had to have two blood infusions daily just to keep up with the red blood cell loss. After several attempts to clear the anemia, Q needed to have a splenectomy. Not stubborn at all, right??? Eventually, this red blood cell destruction ended, and Q was released from the hospital. Not every day will be clear skies, sunshine, and blue water underneath your canoe. But it is a matter of pushing yourself forward one stroke at a time. Seeing Q, I am reminded what strength and humility are. He inspires me without really knowing it and I can't wait to see him again on the water soon, pushing his mind and body, where he belongs…. One stroke at a time.

Photo of Tran and Q by Monsters and Sea

At the age of four (4) Nick was diagnosed with a PNET Brain Tumor, treatment of the brain tumor caused Secondary AML at the age of eleven (11). We found out within about 2 days he would be headed to SCCA for a bone marrow transplant (BMT). He had already survived 5 stem cell transplants at the age of four (4) as that was the protocol treatment of his PNET. His first BMT went off with out a hitch, no significant graft vs host disease. He missed his entire sixth grade year due to the BMT. He returned for seventh grade and proceeded with life as usual, like I mentioned no significant issues after that BMT.

At the age of sixteen (16) he relapsed and we were quickly headed back to SCCA for another BMT. Unfortunately, we were not able to get him into full remission after the BMT. He had significant graft vs host disease with this BMT and it was a bit of a rough go for that first 100 days. Things mellowed out once we were able to go home. He continued with a regiment of chemo to keep the pesky blasts at bay. In February 2015 at the age of seventeen (17) we said farewell to our son. Nick lived life on his terms, he had things to do and cancer was not going to slow him down. His love of cars, old and new, was a passion of his. He never saw a car he didn’t love. He was always looking for ways to help his friends, even if it was just giving them a ride home from school in his Mini Cooper, as he couldn’t attend school during that last year he participated in as many activities as possible.

While at the transplant unit he helped step up the Walking Program at Seattle Children’s on the Oncology Floor. When he found out the Oncology Floor was running low on “Lily Pads” he contacted his Wood Shop Teacher and helped arrange to make more “Lily Pads” for the smaller children to use. The list of things Nick had left to do in life was long and we have tried to keep checking things off the list. A frequent saying among Nick’s Flight Crew…Is this Nick approved? Nick’s Flight Crew has been an active fundraiser for the LLS since 2012. Nick understood the benefits of research to find the cause and cure for Blood Cancers. Research is the key to finding treatment protocols that produce better results and/or less harsh chemo regiments. 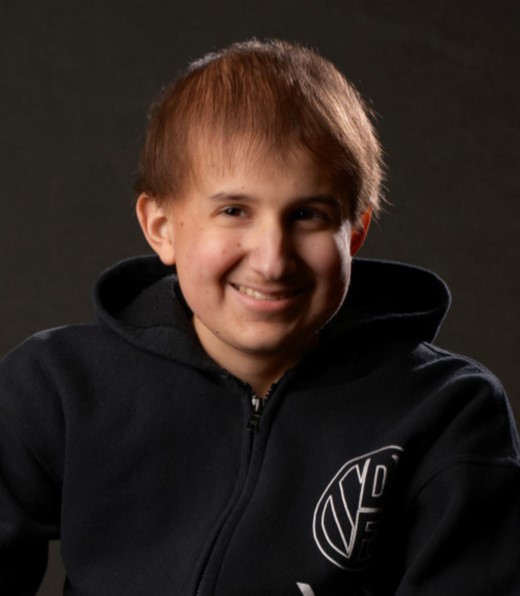