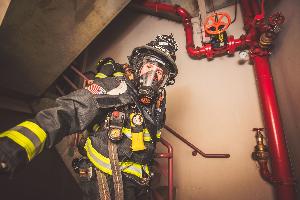 Hope everyone is ready for the upcoming holiday season! Once again, I am fundraising and training for the Scott Firefighter Stair Climb with the Everett Fire Department “Team Emma”. As you may recall, Everett Fire became Team Emma for the 2018 climb as one of our Captain’s high school daughter was diagnosed with cancer. Team Emma (Everett Fire) raised $125K and broke the record for money raised at a Stair Climb! This was a great moral boost for Emma and a huge way to jumpstart her hard and long fight. Emma was having success with all signs pointing in the right direction; the 2019 Stair Climb came and went with Everett Fire bringing home the trophy for top fundraiser for the second year in a row (I will touch on my 2019 later)! Unfortunately, Emma’s one-year scan showed that the cancer was back. A tough blow for her, her family and the Everett Fire Family. Again, Emma is putting up an inspiring fight and proving to be tougher than cancer. If you would like to follow her fight, check out…

Now let me circle back to the 2019 climb. I was training hard to try and improve my time from 21:30 to under 20 minutes. A couple weeks before the climb, I tore my achilles playing basketball. Total bummer and not being able to participate in the Stair Climb was one of the hardest parts. Shortly after the injury, I had surgery to get repaired (twice actually) and have been working hard to get back to being able to make the climb in 2020 (and to go back to work ha!). My goal this year is still under 20 minutes, but I haven’t been fully cleared yet, so I am running out of time to train. The good news is this is not about the times we get but the money we can raise, and my doctor has cleared me for all the fundraising I want. Thank you for your past support and thank you in advance for your continued support.

Hello! I will be participating in the 29th annual LLS Firefighter Stairclimb on Sunday, March 8, 2020 in support of The Leukemia & Lymphoma Society (LLS). Before I ascend the Columbia Center in downtown Seattle, WA, I will be raising funds throughout the season in the name of funding and finding a cure. Please consider making a donation to not only help me achieve my personal fundraising goal, but to benefit patients and their families everywhere.

The LLS Firefighter Stairclimb is the world's largest on-air stair climb competition, and annual fundraiser held at the tallest building in town, the Columbia Center. All 2,000 participants are career, volunteer, or retired firefighters who will climb up the second tallest skyscraper west of the Mississippi in full turnout gear, weighing over 60 pounds, while on-air. Throughout this grueling course, we all remember that every step forward is representative of moving closer to a cure. Although this is an extreme test of physical endurance, it pales in comparison to what blood cancer patients endure. All proceeds raised directly benefit The Leukemia & Lymphoma Society, and since its inception in 1991, this event has raised over $20 million thus far.

Thank you for your time, consideration, and sincere generosity in this cause worth climbing for.